The democrats in the USA have time and again put forward some of the most influential and radiant personalities when it has come to the presidential campaign, and one of them is definitely Bernie Sanders. Sanders, who gained wide global popularity during the 2016 presidential campaigns, is today a household name. Also fondly referred to as Bernie, he became a champion for the concerns of the middle class, particularly during the 2016 campaigns, has stayed in the news since then, for his outspoken and charismatic nature. The story of Sanders is one of the humble beginnings, resilience, and a life of political activism marked by a fierce spirit of independence.

September 8th, 1941, marks the birth date of Sanders. Born to Jewish parents, Sanders grew up in Brooklyn, New York. Sanders’s father, Elias Ben Yehuda Sanders had immigrated to the United States of America in 1921 and had found employment as a salesman who sold paint. It goes without saying that while Sanders was growing up, there was a very wide gap between luxury and necessity. Sanders and his family members corroborate that their earning was honest and humble and that they never went hungry, but buying carpets or curtains was indeed a luxury for them. Thus, Sanders was familiar with the problems of a struggling middle-class household and their sources and management of income; an experience which has come handy to him over the years of his political career.

James Madison High School was where he completed his primary education and then went on to attend Brooklyn College for a year. However, later on, he transferred to the University of Chicago and earned himself a Bachelor of Arts Degree in Political Science.

For Sanders, politics has always been a focal point of interest. He has been quoted saying that when he had read about Adolf Hitler and how his winning the election in one year and had ensured the beginning of the Second World War, he knew from his early days that politics was an extremely important part of everyone’s life.

It was in 1964 that Sanders got engaged to and married his then-girlfriend Deborah Shiling Messing, but they walked their separate ways in 1966. It was in 1988, many years later, that Sanders again got married to Jane O’Meara Driscoll, who then went on to become the president of the Burlington College. Sanders has one biological son.

Highlights of his political career

Having always harbored an interest in politics, Bernie found himself actively participating in organizations and political events, during his days at the University of Chicago. For him, this was the period during which he spent much time in intellectually stimulating himself into a career that he was soon about to step into. Here are some notable highlights from his political career: 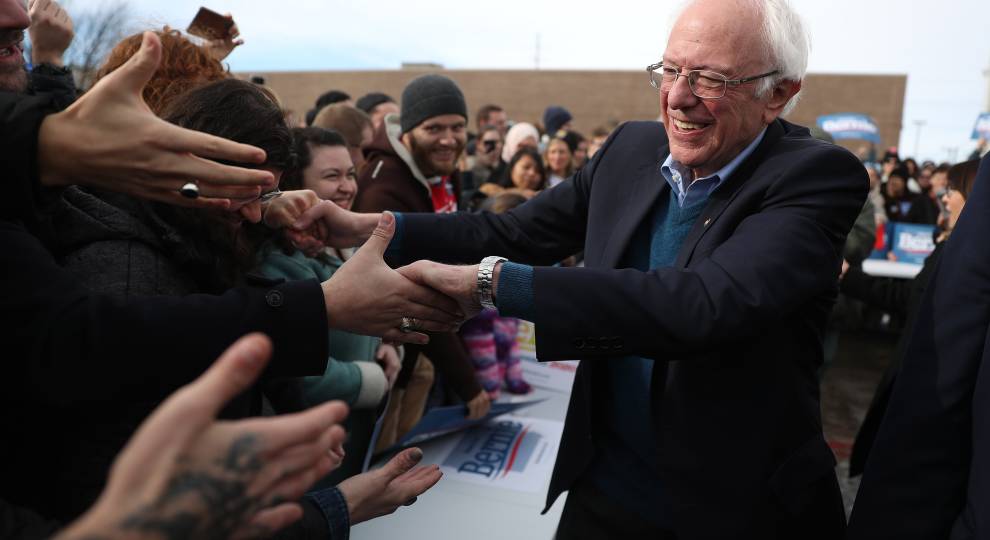 So, how much is Bernie Sanders really worth? According to current estimates, his net worth is something close to $2 million dollars.

However, as we have learned before as well, Bernie came from a very humble background. His was a climb up the financial ladder, and it was definitely a very slow one. When he was running for the post of president in 2016, it was estimated that his net worth was around $682,518 (max), which incidentally made him the poorest of all the members of the Congress! So, how did Sanders make his way to become a millionaire?

The maximum source of his income comes from the books that he has published. In between 2016 and 2018 he had come up with three books, namely, Bernie Sanders Guide to Political Revolution, Our Revolution: A Future to Believe In, and Where We Go From Here: Two Years in the Resistance. Sanders who had always had a favorable acceptance amongst the middle class and the intellectuals, his books became major hits in no time, and the three of them definitely fetch him an extremely high sum in terms of royalty, which has increased his net worth by leaps and bounds.

His senate salary is also quite a high one at $174,000 per annum. In addition to this, he is also entitled to two pensions. If his assets are to be valued, then the most valuable ones will be the three houses that he owns. They are quite high priced, and one of them is located in Burlington. However strange it may seem, but Sanders and his wife also currently have a mortgage on for one of their homes!

Since Sanders has always been a champion for the cause of the middle class, citing income and financial issues as his main point of contention and exploration, it is but natural that he has faced much criticism on the grounds that he himself is a millionaire. This is a rhetorical and theoretical question which does beg further probing, but it is a fact that most established members of the Congress of the USA are indeed millionaires themselves. For example, Joe Biden and his wife are believed to be worth a total of $9 million dollars. Sounds a little absurd? Well, the ex-president of the USA, Barack Obama is actually worth $40 million dollars according to recent estimates. So, with power positions, a large sum of money is indeed involved, and Sanders pales in comparison to the rest.

Being one of the most honest and sharpest of political leaders who have emerged in the recent political scenario of modern America, it is but natural that there are many followers of Sanders who believe in his policies of reform. Even though, Sanders is out of the race for president, here’s hoping that he will be active in the political scene for many more years to come because leaders like Bernie Sanders are indeed valuable.