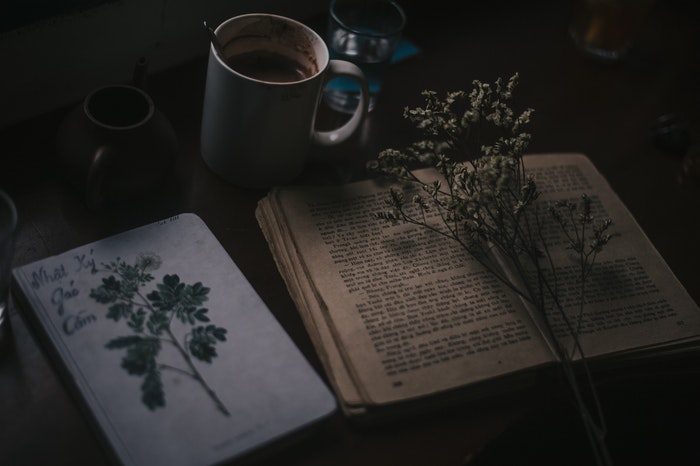 In the last decade, fantasy web series has been at the forefront of the world’s most important productions. No series can match the popularity and awakening of greater emotions than the HBO hit “Game of Thrones”, which changed the face of fantasy and series in the world. Check which series, apart from “GoT”, are the most popular. Below we present TOP of the best fantasy series based on the ratings of Filmweb and IMDb users.

It could not be otherwise, the list of the best fantasy productions is of course opened by “Game of Thrones”. The “Game of Thrones” series will probably be called an unsurpassed production for many years to come, which delights viewers with its brilliant, extensive plot, great acting, excellent cinematography, and attention to every detail. Even if the last seasons (with particular emphasis on the final series) disappointed viewers, “Game of Thrones” remains the best and highest-grossing fantasy series in recent decades, which will set the standards of the genre for many years to come. No other series was able to gather such a large audience and evoke such great emotions as happened with “GoT”.

Set in 1983, Stranger Things acts as a declaration of love for the supernatural coming-of-age cinema of the 1980s. The story revolves around a boy who disappeared under mysterious circumstances. His friends go in search of him and come across not only a mysterious girl but also a dark government secret. It is probably one of the best fantasy series of all time.

The story of the series takes place in the town of Hawkins, Indiana, where twelve-year-old Will Byers disappears in mysterious circumstances. His mother tries her best to find or contact her son, but some residents think she is crazy. This is the beginning of the mysterious events taking place in the dark Hawkins. 3rd season of the top series “Stranger Things”

The brother’s Sam and Dean Winchester travel across the United States and come across an unknown world ruled by witches, ghosts, and demons. The brothers fight every supernatural power that stands in their way to save the world from the devastating apocalypse.

Within its episodes, the series repeatedly picks up on real existing myths and thereby increases the audience’s level of identification with the presented cases. So far, the creators of the series have provided their fans with over 313 episodes, each around 42 minutes in length. The cast and their acting is so perfect that leads SuperNatural in the list of top fantasy series. The stars of the show are without question Jensen Ackles and Jared Padalecki who have been slipping into the skin of the unequal sibling duo for 14 years.

The Originals is a spin-off of the successful US series Vampire Diaries and focuses on the Mikaelson family. The Hybrid Klaus returns to New Orleans, a city that he co-founded at the time. His siblings and a few other actors from the Vampire Diaries will also be part of the new series.

Upon learning that the city built by his family fell into the hands of another, cruel vampire, he decides to make a deal with local witches so that he and his companions regain control of the city.

Undoubtedly, the twists and turns of 2019 and 2020 belong to only one title, namely the “The Witcher” series. Andrzej Sabkovsky’s prose series based on prose caused complete madness around the world.

The Witcher is the story of the fate of the witch Gerald. Witchers are professionally trained in witcher schools to kill and slay monsters. Thanks to special training and grass testing, they gain inhuman reflexes and strength. The changes induced during the test are permanent, but the price for them is infertility. The ritual is very dangerous – only 4 out of 10 boys enjoy it. Each sorcerer carries two swords (steel and silver) and uses magical signs. His destiny weaves his destiny by hiding a dangerous secret from the powerful witch Jennifer and the young princess Siri. Together, they face numerous threats that have plunged the continent into chaos. Netflix has also announced that a second season of “The Witcher” will be created. The ballad “Toss a Coin for Your Wizard” sung by Joey Interview in the Dandelion series is also very popular. It is my personal favorite and one of the top fantasy series in my list.

The American series “Outlander” is a hugely successful adaptation of the novel “Alien” by Diana Gabaldon. The products available on Netflix is ​​a mixture of drama, romance, fantasy and science fiction. The series dazzles with outstanding photos and phenomenal costumes. The action of the series takes place in two parallel time plans: in the 1940s and in the 1840s, thanks to which we can admire two eras. Outlander tells the story of Claire Randall, who was a British nurse during World War II. The woman unexpectedly travels back to 1743.

“Westworld” is one of the most popular series of recent years from the border of science-fiction, western and fantasy. It is a loose adaptation of the 1973 movie “Wild West World”, made by Michael Crichton. The title Westworld is a futuristic amusement park, modeled on the Wild West. People come to him to experience adventures and fulfill their wildest fantasies. The creator of the park is the brilliant scientist Robert Ford (Anthony Hopkins) who spends ambitious visions of the future. The park is populated by having artificial intelligence, the so-called “hosts”, which are controlled by the park staff. Some of them, however, are gaining more and more freedom, which leads to unexpected problems.

The series “Lucifer” is an adaptation of a well-known comic by Neil Gaiman and Sam Kieth, which was released on the market under the same title. Bored with his life, the ruler of hell Lucifer Morningstar (Tom Ellis) decides to leave Hell and move to Los Angeles. There, he begins helping the police to solve criminal cases and prosecute criminals. The story and acting of all the actors make it one of the best fantasy series.

Many viewers may be surprised by this choice because “Twilight Zones” is not mentioned in the same breath next to the above-mentioned series. However, it is a classic of the genre from the turn of the 1950s and 1960s. As with “Stranger Things” it is a combination of fantasy, horror, and psychological thriller. The structure of Rod Serling’s series resembles in one respect another hit of recent years – “Black Mirror”, because, just like in “Black Mirror”, each episode is a separate story. Random people suddenly find themselves in unusual situations that are usually the result of supernatural forces. The stories usually end with an unexpected twist that punishes the guilty party.